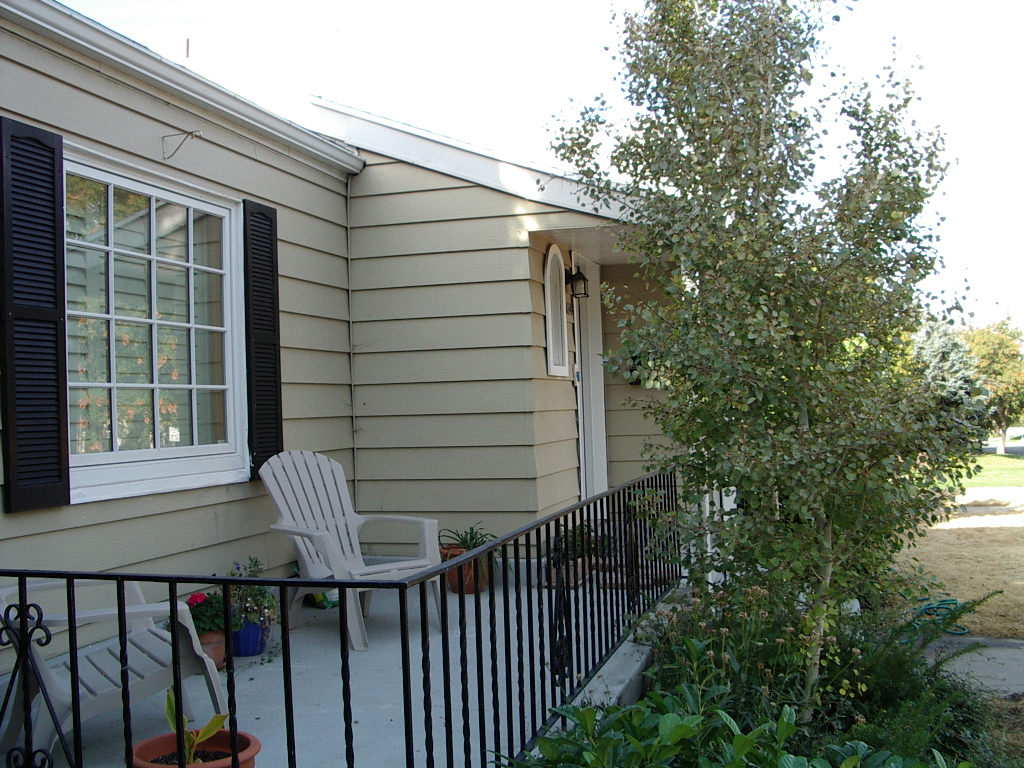 THE STORY
Built in the 1940's, the home is located on a quiet residential street in the Harvard/Yale neighborhood. The client wanted to remodel the front porch and façade. The massing of the roof placed emphasis on the protruding living room, rather than on the entrance. Becuse the existing configuration made it disappear into the front exterior, the roof and porch needed an addition. Water showered onto the front steps and walk becuse of the shed roof over the front door making them slick and dangerous in the winter. The roof over the porch was also so low that it prevented the screen door from fully opening out onto the porch. There was a poor connection between the front porch and the driveway and the entire roof was dilapidated and non-descript. Also, feeling that it was out-of-date and unattractive the client was unhappy with the appearance of the vinyl siding

THE SOLUTION
To solve the problem of the deemphasized entrance, the roof was reconfigured. An addition to the gable was designed to extend over the front porch and the existing porch shed roof was removed. The removal of the shed roof also allowed for an increased soffit height over the front door. This also allowed water to be redirected away from the front stairs and walk to keep them free from ice. The vinyl siding was removed and the entire house was re-sheathed in cementious fiber board, with white trim. The entire roof was also re-shingled, using an architectural grade shingle. The existing stairs were torn out and replaced with Trex stairs, a more skid-resistant safe surface. The final touch was to construct a trellis to highlight the front porch addition.